Founded in 2015 by collaborative artists Beth Amann, Jimmy Mavrikes, and Michael Windsor, Monumental Theatre Company is an innovative and exciting young theatre in a rich treasure trove for the arts- our nation’s capital. While DC is far from OKC, the theatre scenes in these two cities have a unique connection. Lyric Theatre of Oklahoma Producing Artistic Director Michael Baron previously held an Associate Artistic Director Role at Signature Theatre in DC. Signature and Lyric frequently collaborate, and the result is a lovely relationship between many DC based artists and Oklahoma City theatregoers. OKC patrons and theatre fans will recognize Monumental Co-Artistic Director Mavrikes for his work at Lyric, including his roles in last season’s productions of the ‘90s alt-rock love story Girlfriend and the Summer at the Civic hit Newsies. When he’s not acting, he’s producing and directing alongside the creative team at Monumental. 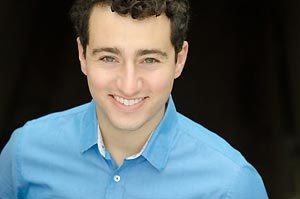 The previous seasons at Monumental have produced groundbreaking, timely theatre, and the world is taking notice. In 2018, Monumental earned the John Aniello Award for Outstanding Emerging Theatre Company at DC’s prestigious Helen Hayes Awards. They’ve produced a wide range of theatrical experiences, from the cutting edge Be More Chill to the hilariously scandalous 5 Lesbians Eating a Quiche, and the Broadway smash Pippin. They take a “by the people, for the people” approach, focusing on their mission of producing theatre for and by Millennials, developing new works, and providing a platform for emerging artists and patrons. 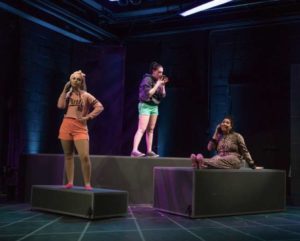 2020 will not disappoint, and their sixth season promises to bring another thought-provoking and exciting set of shows for DC patrons.

The jukebox musical Head Over Heels, which features music by The Go-Gos, runs March 5th – 23rd at the Ainslie Arts Center in Alexandria, VA. Next up is Tony Award winner The Drowsy Chaperone, running July 9th – 27th, also at the Ainslie Arts Center. Closing out the season is the musical phenomenon Songs for a New World, running October 1st – 18th at the Dance Loft on 14 in Washington, DC.

Seeking out and experiencing theatre is one of the quickest and best ways to get to know an area, and it should be a personal essential during travel. Local theatre anchors patrons and artists to their community, and helps visitors see life through their eyes. Oklahoma City based theatregoers who find themselves in the DC area this year should make a beeline for one of the shows at Monumental! Or even better, plan a trip just to see one there. You’re sure to find a new favorite in this compelling company, and your patronage will only help strengthen the unique bond we share in OKC with the DC theatre community.

For more information on MTC’s upcoming season, visit monumentaltheatre.org or follow them on social media here and here. Single tickets for the 2020 season are on sale now.