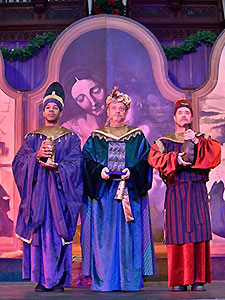 The Three Kings of Amahl and the Night Visitors.

On Christmas Eve, 1951, NBC premiered the first opera written for television. It was called Amahl and the Night Visitors and it became a Christmas Eve tradition for 15 years.   Gian Carlo Menotti, noted Italian-born American composer, based the opera on The Adoration of the Magi by Hieronymus Bosch.   Many families gathered in front of their television sets to view the opera and Amahl’s beautiful story. However, things change and in 1966 NBC decided to update their programming, but the story of… END_OF_DOCUMENT_TOKEN_TO_BE_REPLACED