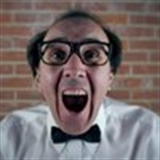 Pollard Theatre Company continues the 24th Seasons of Laughter with Larry Shue’s “he Nerd.” This is one of two modern farcical comedies written by Mr. Shue whose untimely death in 1985 prevented further development as a playwright. END_OF_DOCUMENT_TOKEN_TO_BE_REPLACED

The Pollard Theatre in downtown Guthrie is presenting “Hairspray” through May 7, 2016. This production envelops the audience with music reminiscent of a favorite era: the ’60s. There is no audience participation in “Hairspray” but there is a palpable connection to the performers creating an atmosphere of excitement layered under the swirling scent of hairspray. Those of us who lived through the ’60s remember the period with great fondness. The audience shares in the story and the music with enthusiasm and joy increasing the pleasure in this performance for everyone. “Hairspray” tells the story of Tracy Turnblad, a fan of the Corny Collins teen dance show, the Baltimore version of ‘American Bandstand. END_OF_DOCUMENT_TOKEN_TO_BE_REPLACED

This production is ambitious, because “ ‘night, Mother” (a Pulitzer Prize Winner) tackles the devastating problem of suicide in our population. Suicide is the second-leading cause of death in those younger than 24. END_OF_DOCUMENT_TOKEN_TO_BE_REPLACED

“The Day We Were Born” chronicles the lives of two boys, born on the day the whales were freed and growing up amid the hardships of Alaskan life today. They are In̋upiat, and they have occupied this area for untold years. END_OF_DOCUMENT_TOKEN_TO_BE_REPLACED

Playwright Bruce Norris is also a noted actor and director, and he is affiliated with the Steppenwolf Theatre in Chicago. “Clybourne Park” is a natural result of the experience, talent and skill of Mr. Norris and is considered to be the next generation following “Raisin in the Sun,” a 20th century classic. END_OF_DOCUMENT_TOKEN_TO_BE_REPLACED

This production is a collaboration between Oklahoma CityRep Theatre and the University of Central Oklahoma Music Theatre and Broadway Tonight. The partnership is a great and intuitive blending for both entities. END_OF_DOCUMENT_TOKEN_TO_BE_REPLACED

It is time at last to let the ‘shpuunt’ out of the bag! If anyone can ever tell us what it is–but decides not to—that would be David Ives. “Lives of the Saints” is currently showing at Ghostlight Theatre Club in the Paseo District of Oklahoma City.
Author Ives may have clued in director Emily Etherton, regarding ‘shpuunt’ otherwise she would be unable to ‘cloomna floofa himna flek’ so beautifully and with such a great cast too! Anyone confused by this will be all straightened out once they check out this production showing through May 28. One thing is clear: “Lives of the Saints” is not only absurd, it is hilarious. The show is a series of separate sketches depicting outrageously impossible situations. Rather like a variety show in the Saturday Night Live and Monte Python genre. END_OF_DOCUMENT_TOKEN_TO_BE_REPLACED