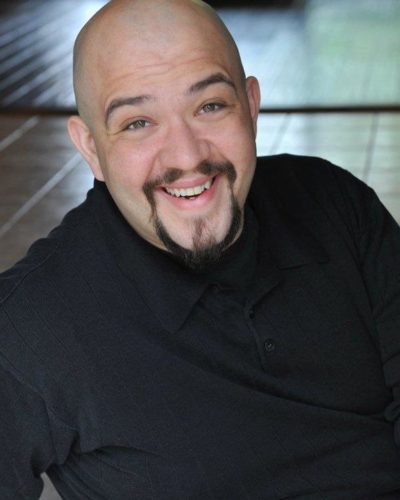 Jon Haque is a man of many talents and disciplines.  As the Business Manager at Oklahoma City Repertory Theatre Company  he is tasked with making things as simple as possible for the production and excels in that behind the scenes capacity.  He has had many successes as an actor in the Oklahoma City area not only at CityRep but at Oklahoma Shakespeare in the Park, the Pollard Theatre and Carpenter Square.  In 2007 he received an Emmy Award for his television work at PBS, excellent recognition of his acting skills.  But clearly Haque’s skills are wide-ranging.  He excels in every aspect of theatrical production and he does so with a caring and generous nature.

There was a time when he was torn between theatre, the violin and medicine.  He could have been a violin virtuoso.  He would have made an excellent doctor, although he was apparently too queasy around blood to continue.  Oklahoma City is blessed that following his love and instinct for the theatre was the course he chose to take.  Clearly, Haque is diverse, but one characteristic required for all of these fields is one that he has in abundance.  And that is the ability to connect with others.  He is always happy to share his passion and to inspire others while doing so.  This is invaluable backstage, and, theatre folk know how important it is on-stage.

City-Rep is opening the next season with a unique play titled “Every Brilliant Thing” and Jon Haque stars in this one-man show.    The show is written by Duncan Macmillan alongside Jonny Donahoe.  Macmillan developed the show with Donahoe in the part allowing the script to evolve throughout their collaboration.  This will surely continue with the contribution of Haque and his talented director Linda Kay Leonard.  “Every Brilliant Thing” explores the subject of suicide through the eyes of a young man dealing with a suicidal mother.  This is a sensitive subject and requires a sensitive performer with the ability to connect.  Jon Haque has that connectivity with perfect balance.  Additionally, his sense of humor as well as an appreciation of another’s perspective stands him in good stead for this role.

There is a lot of influence from Haque in virtually every production at CityRep and other major theatres in the area as well.  However, the chance to experience that influence directly, with his passion, his talent and, most of all, his understanding is a treat to be savored.  “Every Brilliant Thing” will play at the CitySpace Theatre at the Civic Center Music Hall in Oklahoma City from September 6 through September 22, 2019.  Call the CityRep Box Office for information or tickets at 405-848-3761.  Any production Haque is involved in is sure to be a splendid theatrical choice.

Posted in Who's Who in OK
Search
Categories