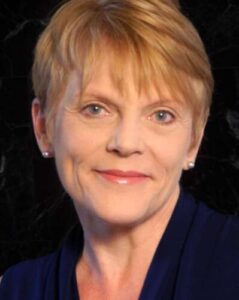 The world has been through significant and multiple major upheavals with the pandemic and not surprisingly the after effects due to the shutdown have been just as devastating to many.  The light is shining brightly at the end of the tunnel and a return to normalcy is imminent although some things are different now.

Soon Carpenter Square Theatre will be able to announce a return to live performance with Steve Martin’s “Picasso at the Lapin Agile” directed by Rhonda Clark.   The secondary pandemic delays on the new location are being resolved slowly but surely. Until completed,  Carpenter Square introduced several radio plays broadcast on YouTube with their own YouTube channel: CST Live Online! and shows  are easily available going to the Carpenter Square website and connecting to the YouTube channel.

Clark hasn’t been idle during this period as Carpenter Square has been doing such wonderful work on their new location at the new location 1009 W. Reno.  While everyone is excited about the prospect of returning to live performance, in the interim Clark has also been busy directing Radio Plays which have been broadcast on the Carpenter Square Theatre YouTube Channel.  This was done successfully starting in 2020 and the two productions this year have been outstanding and can be viewed at no charge.

The most recent show, “Sunset Boulevard” stars Elin Bhaird as Miss Norma Desmond.  The radio play broadcast by the Lux Radio Theatre featured the original cast of the movie in a slightly shorter but beautifully edited version of the original screenplay.  The show is narrated by a young man, who tells the tale of his adventures in Hollywood.  He is Joe Gillis, a screenwriter unsuccessfully attempting to develop a career as a Hollywood playwright.  He has a motor breakdown near an old Hollywood mansion.  When he seeks help he finds himself in the extravagant residence of Miss Norma Desmond the faded film star.  She is fascinated that he is a writer and pressures him to help her on the script she has prepared for her comeback.  As he is a down and out struggling writer with few prospects he allows himself to be drawn into her web of unreality.  The results in this classic film noir are devastating. Norma Desmond is determined to return to the screen with her film directed by De Mille.  She is assisted by her butler, the loyal Max filled with unrequited love.  She however falls in love with the handsome Joe Gillis who finds himself inextricably intertwined in her fantasy.  The radio play version from Carpenter Square is just as suspenseful and interesting, broadcast from RK One Studios in Oklahoma City.

With Gloria Swanson in the lead role and the handsome William Holden as Joe Gillis the film was a major success and the radio play version from Carpenter Square is just as suspenseful and interesting.  With Bhaird expertly revealing Norma Desmond with the same desperate delusion as Swanson and Keven Moore portraying Joe Gillis just as handsomely as William Holden, this radio play is a joy to watch.  Terry Veal is mysterious and devoted as Max while Crystal Barby shines as usual as the young play reader Joe Gillis falls in love with.  Don Reece, Jessica Bisel and C..W. Bardsher round out the cast beautifully.  The result is a lovely evening at the theatre without having to get dressed up.  The entire cast does a superb job of creating these characters and Bhaird in particular is quite wonderful.  Gloria Swanson is a hard act to follow, and Bhaird stands out with graceful desperation in the role Norma Miss Desmond.

Bisel and Bardsher handle the sound effects in addition to making the most of their roles.  Bardsher as the announcer has an element of superiority that is quite interesting and delightful.  Reece’s unsavory Mr. Sheldrake, Kevin Moore’s agent, is paired nicely with Crystal Barby as his reader.

Jessica Bisel is the beautiful Lux girl, bringing home the elemental truth of the era:  the most beautiful stars and starlets are always Lux girls.

“Sunset Boulevard” aired live on Friday, April 1, 2022 and Saturday, April 2, 2022.  However it is still available to stream live.  Go to the Carpenter Square YouTube Channel, CST LiveOnline! via www.carpentersquare.com and click on the ticket for “Sunset Boulevard” to view the show, a wonderful hour of entertainment!  Upon accessing Carpenter Square’s YouTube channel in that way you can also see a video of the renovations occurring in the new Carpenter Square space hosted by Rick Allen Lippert.  And even more exciting is “All About Eve” the previous 2022 Radio Play from Carpenter Square!

“All About Eve” stars Renee Krapff as leading lady Margo Channing a role that Bette Davis made into a classic.  Eve Harrington is a young fan of Broadway star Margo Channing and finagles her way into the lives of Margo, her director and love, Bill Sampson.  She is also helped by Margo’s favorite playwright, Lloyd Richards and his wife, Karen who is also Margo Channing’s best friend.  Eve impresses the witty critic, Addison DeWitt.

Bette Davis is also a hard act to follow but Renee Krapff makes the role of Margo Channing her own.  Anne Baxter was the devious Eve in the movie and Karen Garlitz is just as manipulative and daringly two-faced in the role.  Craig Musser is Bill Sampson, a man younger than Margo Channing by 8 years but nevertheless very much in love with her.  Musser and Krapff have that indefinable chemistry that makes these lovers believable, while Garlitz channels the evil Eve throughout.  Terry Veal is Addison DeWitt, a critic with his own moral code and disturbingly familiar sense of honor.  The entire cast is a credit to Oklahoma and is another hour of enjoyment available on CST Live Online!

So visit www.carpentersquare.com and click on the ticket stub for “Sunset Boulevard” to view either show, and an update from Rick Allen Lippert on the renovations.  And, of course, we are all excited about the upcoming Steve Martin show “Picasso at the Lapin Agile” and the dates for that will be announced shortly.  Carpenter Square Theatre hasn’t forgotten us, let us not forget them as we get back to the new normalcy of live theatre!