Amandanell Bold is a Bold Adventure in Action 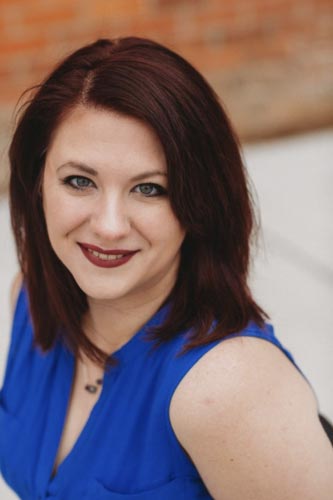 There are some excellent university programs for the arts in Oklahoma.  But the real test for theatre folk doesn’t come from their academic career, it comes from their performance in the field.  Amandanell Bold has been in love with the theatre from childhood.  She has paid her dues working on the backstage crews and stage managing.  She loves the ambiance and the thrill that occurs backstage when the crew is able to support the actors and directors in a hit show.  Every now and then she is cast on stage, and her acting talent shines.

Much of Bold’s experience in community theatre has been at the Jewel Box Theatre.  There she has been able to pick the brains of Chuck Tweed and many of the guest directors such as Don Taylor who appreciate her organizational skills as a stage manager.  And in just under the space of one year she has jumped into theatre with both feet.  Amandanell Bold is an original founder 3rd Act Theatre Company and in addition to inspiring four other founders; she has organized the opening of the new theatre.  Their first full production “The Lost Boy” opened two weeks ago to a very excited audience in their location in the Shoppes at Northpark at 122nd and North May Avenue in Oklahoma City.  Additionally, Bold is President of the Board of Directors for the new theatre.  Bold has had a great deal of experience as a stage manager, and some experience assistant directing, but the first show she has ever directed is this production-“The Lost Boy” at 3rd Act Theatre Company.

“…she is clearly not afraid to lead the actors on a journey of depth to establish their characters.”  — okartsceneandhurd.com.  As the first production for the new theatre company, it is amazing that it is also the first solo directing effort by Bold.  This success is no surprise to colleagues who have worked with her for several years, what is a surprise is that she is a self-taught actress, director, stage manager, costumer, set designer, lighting designer, box office manager and floor sweeper.  Not afraid to do anything or to do it all, Bold always knows who to listen to and what to do.  Under her leadership the 3rd Act Theatre Company is destined to be a success.

Bold obviously has two secret weapons to go along with her natural talent.  They are dedication and enthusiasm.  She approaches every challenge with unflagging energy and buoyancy.  She has taken a big bite to chew with this new endeavor, and has yet to resort to Alka Seltzer.  “The Lost Boy” is a big success, bigger than this critic realized upon viewing it, as I knew so little of Bold’s history.  Is it any wonder that our Who’s Who featured artist, Jon Haque recommended her as someone whose name will become very familiar to everyone in this superbly diverse theatre family Oklahoma City has birthed.  She has already developed a legacy, and she will continue to direct, stage manage and act in great theatre for many years to come at 3rd Act and other venues.

There are still two performances of “The Lost Boy” left to see at 3rd Act.  For more information visit www.3rdacttheatre.com or check out their Facebook page.  Remember the bold name of the bold artist, Amandanell Bold.

Posted in Who's Gonna Be
Search
Categories