“A Raisin in the Sun” Looks Back and Pays Forward

Three generations of the Younger Family in “A Raisin in the Sun” Norma Goff as Lena Younger (left) Myles Currin-Moore as Travis Younger and Nykezia Giles as Ruth Younger (standing) Photo Courtesy of Jewel Box Theatre.

“A Raisin in the Sun” by Lorraine Hansberry is one of the most definitively important plays of the 20th century.  Earning numerous awards since the 1959 Broadway debut, the play explores the obstacles faced by the black, or in the language of the day “colored,” community.  The title comes from a line in Langston Hughes poem ‘Harlem’ or ‘A Dream Deferred’ reprinted in the program. “A Raisin in the Sun” is a play about the black experience, and the first play written by a black woman to be produced on Broadway. They did not expect the overwhelming success, but “A Raisin in the Sun” was nominated for four Tony awards in 1960. Set in the south side of Chicago, the Younger family strives to overcome the racism and poverty that overwhelms them.  Albert H. Bostick, Jr. directs a driven cast revealing the despair and degradation of this desperate family. 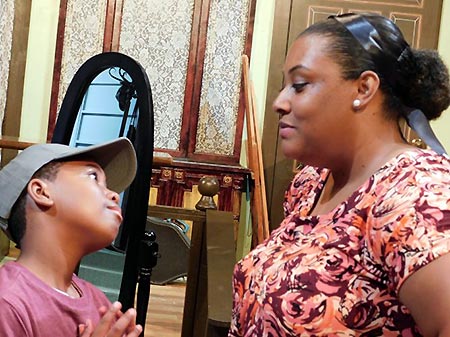 Norma Goff evocatively plays Lena Younger, family matriarch.  A recent widow, she is expecting a life insurance check for her late husband.  She shares a small two-bedroom apartment with her son, Walter Lee Younger, and his wife Ruth as well as their son, Travis, and Lena’s daughter, Beneatha.  Walter Lee Younger is played by Craig Thomas and his wife Ruth is played by Nykezia Giles.  The two have been living on the edge their entire marriage, never able to get a place of their own.  Sleeping on the couch is their son Travis, skillfully played by Myles Currin-Moore.  Lena’s daughter is Beneatha Younger, played well by Kat Adams.  Beneatha has two boyfriends: Bashawn Moore as Joseph Asagai and Maurice Simmons as George Murchison.  Richard Lemin is Karl Lindner from the neighborhood association in Clybourne Park, where they plan to move.  Stephen Dillard-Carroll is Bobo, Walter Lee’s friend.  The family awaits the Saturday mail delivery for the check to arrive to the grieving widow.  She plans on allocating much of the money towards Beneatha’s education.  Beneatha has dreamed of becoming a doctor and this help in tuition would enable her to make that dream a real possibility.  Lena is also planning on making a down payment on a home for the family whose needs have far exceeded the options afforded in their dingy apartment.  Walter is counting on taking his mother into using some of the money to invest in a liquor store.  He and his best pal, Willy, along with friend Bobo plan a three-way joint venture in this sure thing.  Lena disapproves of the liquor store, but ultimately agrees to give her son a pathway into the future.  This family has been given a boon with the expected $10,000, but their hopes are soon dashed by disappointment and failure. 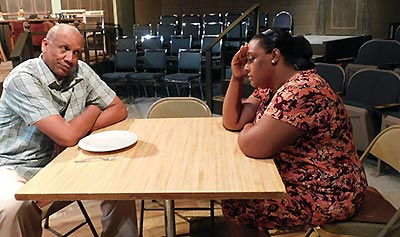 Lena surprises her family by making a down payment in a nice affordable house in a pleasant neighborhood, Clybourne Park.  They may have a tough road ahead as they will be the first family of color to move into the neighborhood, but they decide it is definitely worth doing.  Ruth is thrilled with having a home, a place for her son to play and a room for him to sleep in.  The down payment of $3,500 has been made.  Walter is disappointed that she did not agree to invest the full $10,000 in the liquor store but delighted when she gives him the remaining $6,500 to take care of things.  He is to deposit $3,000 in the bank for Beneatha’s schooling and invest the remaining amount with Willy.  Walter goes to see Willy first.  That is when Mr. Lindner from the Clybourne neighborhood association visits with a tactful but strong suggestion that they would not be happy in Clybourne Park and the residents will be more than happy to ‘buy’ them out. 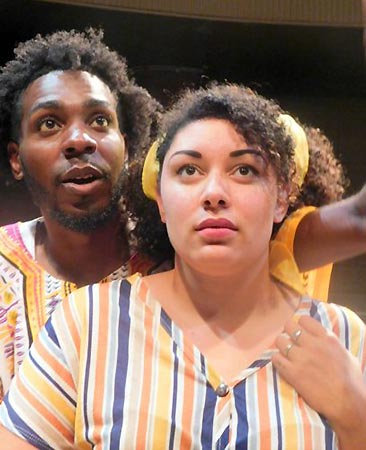 The most heartbreaking aspect of “A Raisin in the Son” is Walter’s story.  He feels trapped by his poverty and trapped by his color.  He compares himself to Beneatha’s suitor, George Murchison, whose family has succeeded in spite of the handicap of race.  They are wealthy, and full of confidence.  Walter can’t help but be jealous.  Walter also disapproves of Beneatha’s other suitor, Joseph Asagai, a student from Nigeria.  He represents the opposite of George Murchison, and he encourages Beneatha to celebrate her African heritage and culture rather than assimilate into the white culture as George has done.

Nothing works out as this family has hoped, but it has worked out as they truly expected.  Given today’s climate it is not surprising that this production leans towards a defeatist attitude.  The biggest ray of sunshine and hope comes from young Travis.  Under Bostick’s direction there are instances of cheer and charm from everyone in the cast, but the youngest actor, Currin-Moore has the brightest moments. He provides the most stability and hope in the family and future with his is significant and healthy performance.

“A Raisin in the Sun” plays October 3 through October 27, 2019.  Jewel Box Theatre is at the First Christian Church, 3700 N. Walker Avenue.  Visit www.JewelBoxTheatre.org or call 405-521-1786 for tickets and information.  The box office is open Tuesday through Friday afternoon for callers. 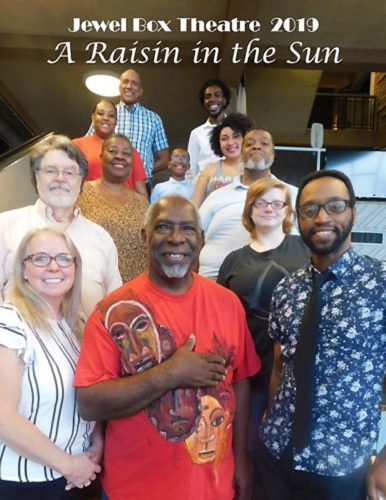